Proven to last up to 4 months, Dysport® smooths the appearance of moderate to severe frown lines between the eyebrows without changing the look or movement of your face.

Dysport® Helps Treat the Look of Frown Lines Between Your Eyebrows

Wrinkles are not only age-related. Frown lines are “dynamic”—they happen because of the way a person’s face moves. Because frown lines are created by facial movements such as frowning or squinting, they may develop even in younger adults. Dysport® helps treat the look of frown lines between your eyebrows generally for up to four months.

Dysport injected into each of 5 points between and above the eyebrows temporarily prevents muscle contractions that cause frown lines, leaving the rest of your face to move naturally. In other words, no frozen look, just natural-looking results.

How does Dysport work?

Dysport blocks the signal from the nerve to the muscles, ultimately resulting in a reduction of muscle activity and temporarily preventing contraction of the muscles that cause frown lines. Dysport does not give you a frozen look that you may have seen with other injectables. It does not freeze the look or movement of the rest of your face. Untreated muscles still work normally, for a more natural look. It’s the lines that disappear, not your expressions.

Dysport is considered to be the cousin of Botox®. It is injected into the muscle where lines or wrinkles exist with minimal discomfort as well. Some studies have shown that this product is known to last as long as six months.

How long does the Dysport treatment take?

Typically, a short ten to twenty-minute treatment. There is minimal downtime after your treatment, which means you can get back to your day quickly.

How long does the Dysport treatment take to show results?

The majority of patients see improvement in just 2–3 days after treatment. Results of repeat treatments may be comparable to your first use. 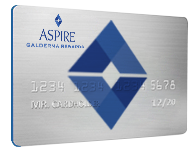 Dr. Taylor offers the Aspire® Rewards Program, a program that allows you to earn points and save on future treatments or purchases with all participating products.

What special promotions are available and how do they work?

What are the participating products within Aspire?